The capital was high on madness on the 17th june 2012. More than 5000+ people enjoyed the Pepsi T20 Football tournament held at the Thyagraja Stadium,INA,New delhi. I was one of the bloggers invited and it was an event that I just cannot forget. This was the first time; I was seeing a match at the stadium. Yes, I missed the IPL too. The Pepsi T20 Grand Finale was a must watch.


One of the many exciting factors that made the day super fun was the presence of the Indian cricket stars Dhoni, Virat Kohli, Harbhajan Singh, Suresh Raina and my favourite actor, Ranbir kapoor. Girls went mad when Ranbir Kapoor entered the field. 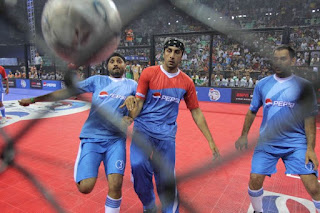 It was a game with new set of rules and format. There were 8 teams from different cities of India which had all come after different rounds that happened nationwide. There was also a wild card entry team to compete with these 8 teams. The winning team got the opportunity to be coached by Didier Drogba, The ace Striker of Ivory Coast before they faced Indian Cricket stars. 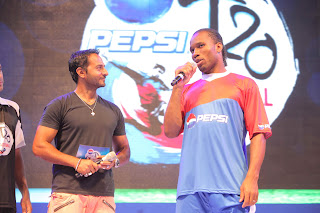 One of the most interesting part of the show was our host who was none other than Nikhil Chinnapa. He introduced all the 8 teams in his own fabulous way. As the name says “Change the game.” The game changed and it was a Football match in a cage. 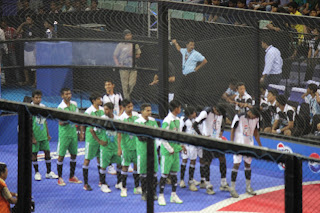 There were hosts of contests during the tournament. The most interesting part of the event was the wonderful performances during the event. Sivamani rocked the show with his amazing performance. We witnessed an awesome jugalbandi of drums by Sivamani and Indian Ocean. The audience had fun and loved Sivamani’s performance the most. 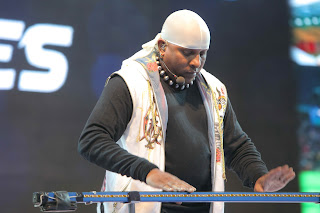 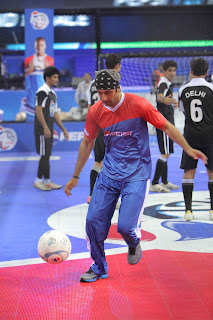 Have a look at the Pepsi Change the game website if you missed the fun.
I would like to thank Akshita Jain from Blogathon India for inviting us.